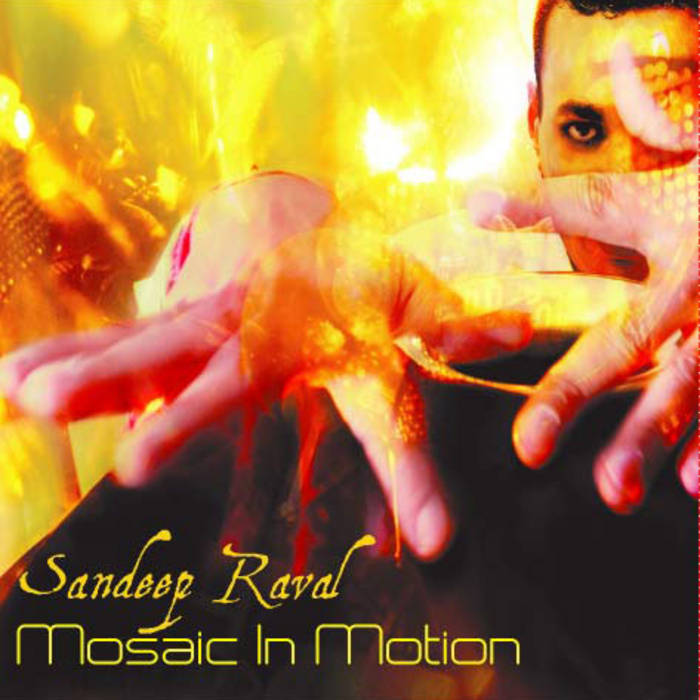 I strongly believe that "Fusion/World Music" is not just simply combining instruments, but is the emotional response to culture and musical genres". 'Mosaic In Motion' is the natural progression and communication of artistic and creative passion. In naming the tracks, the titles reflect the painstaking task ( hours of brain - ache with friends and family!) of putting this album together".

Album * * * * Review by Matthew Warnock (Editor in Chief for Guitar International Magazine)
"Mosaic in Motion is an album that can't, and shouldn't, be fully absorbed in one listening session. This music was written with such depth and detail, and performed with such creativity, that it something new will jump out of each song upon every new listen. Melodies that weren't previously heard will now be brought into focus.

A new rhythmic variation in the drums, which previously hung in the background, will suddenly leap to the front of the stage. This is the true test of an album with this amount of improvisation and interaction, can it stand the test of time and does it hold up to extensive listening. In both cases the answer is a resounding yes. This is an album of the highest quality and musical caliber that is sure to bring sonic enjoyment to any fan of modern improvised jazz and world music."

Bandcamp Daily  your guide to the world of Bandcamp

Featuring Oakland sounds from the Smart Bomb collective and Samplelov.